The Centre provides a wide selection of classes, courses, workshops and retreats including yoga, taichi qigong and meditation.  A Natural Therapy Centre is associated with the Lotus Yoga Centre.  Bookings can be made for iridology, naturopathy, nutrition, stress management, massage, back/neck/shoulder treatment and reiki.  Books on yoga and health published by the Centre are available on request. These include Recipes from the Farmyard, Relax with Yoga, Be Fit with Yoga and many more.

In 1985 the Lotus Yoga Centre moved to the Kapiti Coast and is now located in Paraparaumu.  A colonial villa is set in peaceful surroundings, consisting of ten acres of bush, lawns and organic gardens, as well as the Sanctuary.

The venue is available for hire to small groups with similar values to those of the Lotus Yoga Centre.

In September 1971 a group of yoga enthusiasts met to set up a new centre in Wellington. At the time, current Director, Eric Doornekamp, had just returned from a yoga teacher training course in South India, conducted by Dr Swami Gitananda Giri, at Ananda Ashram in Pondicherry. Eric rejoined classes held by Terrence Hawkins at the Wellington Hatha Yoga Group. (‘Taffy’ was Eric’s teacher for eight years). Several students expressed a desire for more yoga classes. The outcome of this meeting was the establishment of The Lotus Yoga Centre and Retreat. 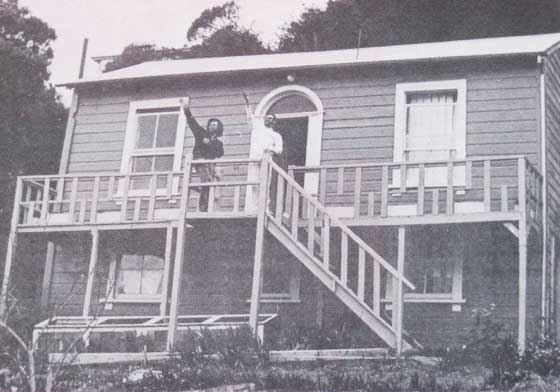 Eric Doornekamp was appointed Director-Founder and an elected committee took care of the necessary administrative matters. The reputation of the Centre led to a growing membership. In the following year the Centre became an Incorporated Society with Charitable Trust status.

The Centre comprised mainly young people, who lived in a community. A group of twelve or so residents participated in daily yoga and meditation. Everyone shared the workload of tending the organic gardens. Others had jobs outside the Centre and paid rent. There was always a warm welcome to anyone who called in for a chat.

It proved a special time for those living at the Centre. As one member of the community remarked: “I felt it was the happiest time in my life.” Our motto was: “Be loving and sharing”, which applied unconditionally.

In the 1980s the Centre leased more space at 127 Cuba Mall in Wellington. Here many hatha yoga classes and massage, cooking, and meditation courses were held. Several teachers gave their time on a voluntary basis.

A Natural Therapy Centre, and The Amrita Vegetarian Restaurant opened in the nineteen-eighties and the restaurant proved a favourite ‘eating and meeting’ place.

In the weekend everyone met on Saturdays to listen to guest speakers and share a communal meal in the evening. Monthly camps were held at hired venues, attended by 40-50 participants. Eric Doornekamp was invited to teach yoga at gatherings in different parts of the North Island and South Island.

Swami Gitananda and his family visited the Centre in 1970 and 1975, holding weekend seminars and giving many lectures which drew crowds in their hundreds. It must be said that yoga was in its heyday.

Swami Abhayananda from the Divine Life Society made many visits. So did Reverend Karmayogi (Lou Postlewait), from Henderson, Auckland. The Centre also sponsored Zen Master Roshi from Japan.

The Centre published several books written by Eric Doornekamp and others. They included recipe books. The most successful was The Amrita Cook Book, named after the well-known Vegetarian Amrita Restaurant. Over 20,000 copies were sold.

Yoga literature included: Be Fit with Yoga, Relax with Yoga, Yoga Therapy, Gems of Wisdom, and Yoga with Veronica, which became the forerunner of a NZTV series.

Massage for Relaxation and Yoga Humour appeared in successive years. All publications were printed on the Centre’s own press.

The Lotus quarterly magazine, which has been produced since 1971, had a distribution figure of 2,500 copies on sale throughout New Zealand. In later years the magazine became a newsletter. 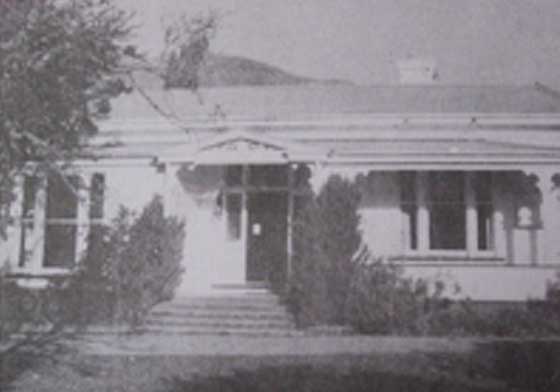 The biggest event in the history of the Lotus Yoga Centre was the move from Wellington to Paraparaumu in 1985. Members were looking to establish a retreat in the country – a peaceful haven away from the hustle and bustle of everyday life and found a perfect location at 91 Ruapehu Street. This was a huge step from city to coast. Mortgage repayments of 27% per annum meant financial hardship for many years, still the Centre managed to survive this period. The colonial style villa proved perfect, in a semi-rural setting and peaceful surroundings.

In 1987, Founder-Director Eric Doornekamp undertook a pilgrimage on foot, called The Great New Zealand Walk, subtitle Nine Steps to Health. The idea was to raise funds for the Retreat on the Kapiti Coast. He made it to Auckland but had to abandon the venture as not enough money was donated. All the same, the attempt was worthwhile. Copies of the book The Great New Zealand Walk are still available for purchase from the Centre today. 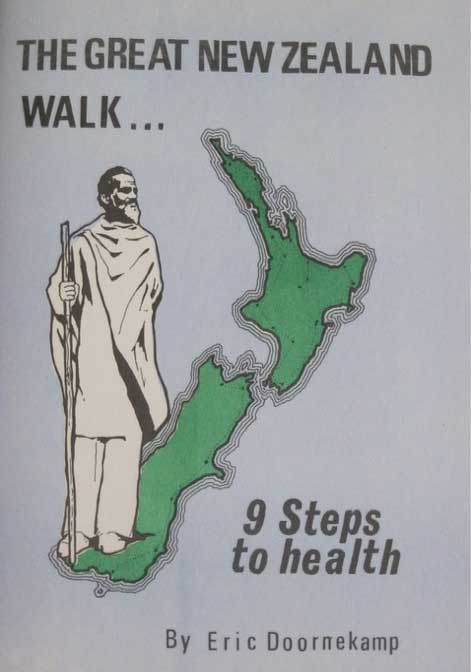 A second remarkable event in the history of the Lotus Yoga Centre was the construction of a healing and meditation Sanctuary. When Eric Doornekamp first saw the layout of the property at 91 Ruapehu Street, he noticed a bright light on the hill overlooking the villa. It was the deciding factor in buying the land for the Centre in October 1985. The location contained a pond and Eric could clearly visualise the building of a healing and meditation sanctuary in the vicinity to blend in with the elements of nature.

This vision came to fruition in 1996, when a fund raising campaign spanning three years was launched for the project. In the meantime the site for the Sanctuary was chosen according to the confluence of powerful ley lines. The energies are strongly aligned with Kapiti Island and the ranges of the Maungakotukutuku Reserve on the eastern side of the Sanctuary site.

An architect was engaged to draw up the plans for the Sanctuary. Careful consideration was given to the construction of the octagonal-shaped building and the angle of the glass pyramid roof to ensure that it was conducive to healing energies. 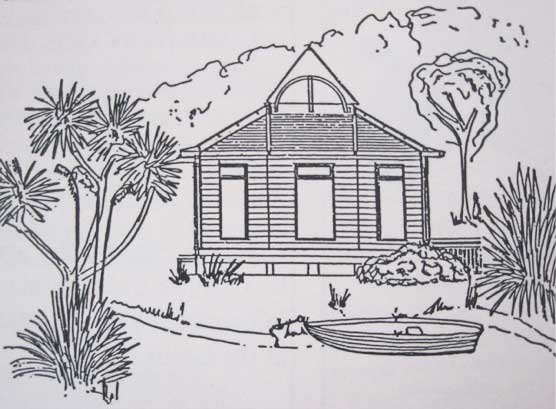 A special service was held on Sunday 21 March, 1999 to bless the site. Soon after Roger Smith, craftsman builder, engaged in the preparations for laying the foundations. It was an exciting journey seeing the Sanctuary take shape, step by step. What a great moment it was to stand on the deck and look out over the pond and Kapiti Island.

Members and friends met on 21 December 1999 for the grand opening of the Sanctuary. Highlights included a candle procession and circumambulation three times clockwise around the Sanctuary. 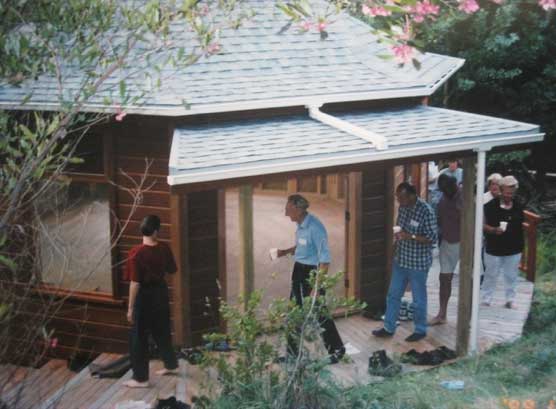 The area where the Sanctuary is situated was named Ananda Loka (a “Place of Bliss”) on 21 December 2012.

A third auspicious event to be held at the Centre on a Summer solstice was the official opening and blessing of the newly created pathway leading around the pond to the Sanctuary on 21 December 2014. The Centre’s Founding-Director, Eric Doornekamp had the honour of cutting the red ribbon at the gateway entrance to the path. Those in attendance proceeded to circumambulate the pathway surrounding the pond three times in silence, followed by a meditation in the Sanctuary. 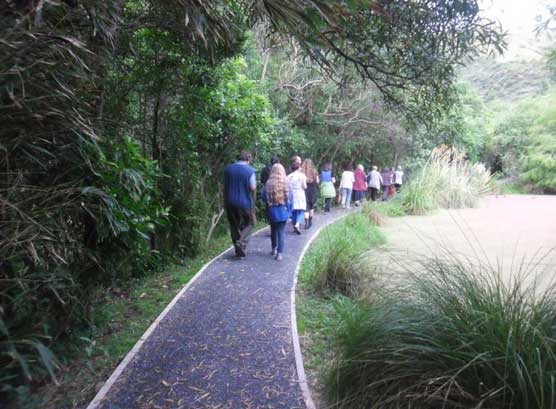 Many meetings have been held in the Sanctuary, including weddings, christenings and birthday celebrations.

The set-up of the Centre has somewhat changed over the years. From a community it has become more of a family.

For many years the Centre hosted Willing Workers on Organic Farms or WWOOF for short. Most visitors came from overseas and wanted to have an experience of life in New Zealand.

These days members and friends of the Centre readily donate their time and services helping in a myriad ways.